Brian Kennedy is a pediatrician who was invited by Dr. Roger Anderberg to join a medical mission team the year that Tim’s Clinic was founded.  From that moment on, Brian has been regularly attending mission trips to Nicaragua.  He has contributed in La Mascota Children’s Hospital in Managua, and the cities of Somoto, Estelí, Condega, and Jinotega.  Through these trips and work supporting the locally staffed clinic in Esteli, Brian and his wife Kim are honored to assist in the unique mission of Hope Clinic International.  Brian is currently Chairman of Hope Clinic International Board. Brian and Kim have seven children.

Gordon is a retired executive having served in senior positions at The Ave Maria Foundation, Conoco (now Conoco Phillips) and others. He is an active member at Christ the King Catholic Church and Word of Life Christian Community. In addition to Hope Clinic International, Gordon currently serves on 3 local not-for- profit boards and is CEO for a small start –up company that has developed a new 3D dental instrument.

Joyce Durham has been a member of the Board for two years.  She has been a contributor to the organization for many years because she was impressed with the scale and scope of the mission that started with a small group of concerned individuals.  She welcomed the opportunity to join the Board and become involved in the day-to-day as well as the future of the organization.  Joyce and her husband, Tom, live in Ann Arbor and are the parents of three grown children.  Her day job consists of working at an international healthcare consulting firm.

Andrew Maurano BS, PA-C is an Associate Clinical Professor of Emergency Medicine for the George Washington University Medical Faculty Associates and Director of Operational Medicine. He lives in Rockville, MD with his wife and 3 kids and was a roommate of the late Tim Anderberg. When Tim passed away Drew and a group of Tim’s friends helped form Tim’s Fund for Kids, which has raised funds to support Tim’s Clinic in Estelí, Nicaragua. Drew has had the pleasure of serving on several HCI medical missions, as well as working with the medical team at Tim’s clinic.

David has had the privilege of working on several non profit boards during his 25 professional years as a CFO and treasurer.  He served three years with a local pregnancy counseling service, now known as Family Life Services, as their treasurer, and over 10 years with the Ms. Molly Foundation, that was an organization set up through the Molly Maid franchise family that supported local domestic violence shelters.  Over the years he has been a longtime friend of Sheryl Snyder, and a financial contributor to Hope Clinic International.  Due to a recent job change, David had an opportunity to choose a new non profit to be associated with, and realized that HCI was a perfect match.  He looks forward to continuing the great medical work that it has been doing.  David and his wife Valerie have six children (almost grown) and recently became new grand parents.

Sheryl served as a nurse and missionary for four years with Fundación Guadalupe in Honduras Central America before joining the board of HCI in 1997 and eventually serving as its Executive Director for 11 years until her retirement in 2016. Sheryl has traveled annually with HCI’s mission teams to Nicaragua since January of 2001, when trips commenced.  In addition to her nursing career and work with HCI she is a founding member and current president of Bethany Association, an international, ecumenical, Christian, association of celibate women within the Sword of the Spirit.

While living in Nicaragua in the early 1990s, Dan and his wife, Cecilia, a Nicaraguan native, made arrangements for Dan’s father – the founder of Hope International – Dr. Dan Heffernan, to visit two hospitals during a vacation with Dan’s mother to visit the family. It was those visits that inspired Dr. Heffernan to begin to send medicine, medical supplies, and, eventually, medical teams to Nicaragua to help those in most need of medical care. Dan is Vice President of Sales & Marketing at Advantage CS, a software company serving the publishing market with solutions for marketing, selling, and distributing books, journals, magazines, newspapers.

Nora Gonzalez Flores lived for many years in Ann Arbor, Michigan where she met our former Executive Director, Sheryl Snyder. Years later she met with Sheryl while visiting Nicaragua with a group of Hope Clinic International that was helping to ease the health problems of poor children and the mothers in the country. Inspired by this, she decided to cooperate with their mission. Currently she is also involved with another organization that helps recovering young and adult drug addicts. Together with her husband, who works as an International Economic Consultant, they have three daughters that live in the United States.

Alyson is currently a Dietetic Intern in Ann Arbor, MI and will be eligible to take her Registered Dietitian exam in March 2018. She has been combining her love for the Spanish language, Latin American culture, and public health as long as she can remember. Her growing passion for nutrition, food access, and equitable care for all has only reinforced these interests. She has traveled to Ecuador and Nicaragua to work in local health clinics and translate for University of Michigan nursing students. Alyson graduated from University of Michigan School of Public Health, concentrating in Nutritional Sciences and Dietetics, and she completed her Bachelor of Arts in Spanish and International Studies from the same University.

Michelle is the new Executive Director for Hope Clinic International. She has worked with other international charitable organizations and has lived abroad for many years traveling extensively through Europe and Latin America. Born and raised in Puerto Rico, she also holds a Masters in Business Administration from the University of Massachusetts and a Licentiate in Philosophy from the Angelicum, in Rome Italy. She and her husband are the parents of three children.

To reflect God’s hope-restoring love to children and their families, as well as staff and health care workers, by providing restorative healthcare in under-resourced areas.

Every donation — no matter how large or small — helps us sustain and expand our work to reach impoverished women and children with critically needed medical and surgical help. 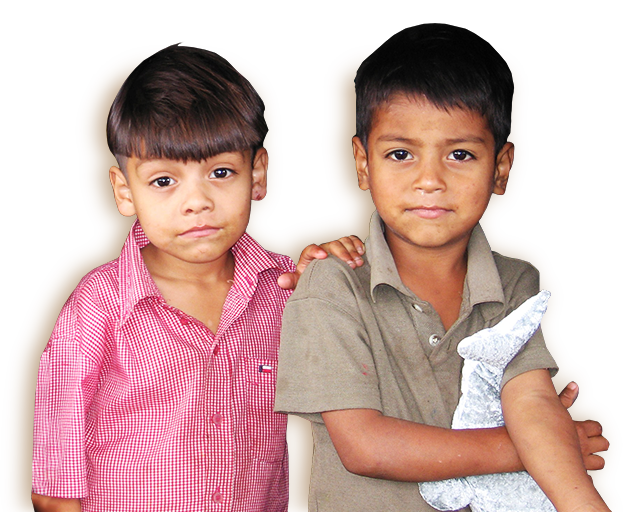